Home / About Us / Gill Fielding

Gill Fielding is a self-made millionaire with a no-nonsense, positive approach to finance and a personal mission to educate the nation in managing and improving their own financial position. She strongly believes that financial education should be taught in schools to safeguard people’s financial future.

Gill is a qualified Chartered Accountant, runs several businesses and has held several high-profile roles in the city. 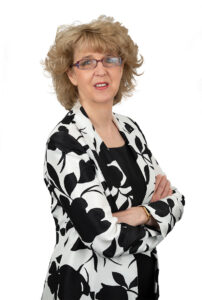 Gill is well-known for her appearance on Channel 4’s Secret Millionaire where she gave away nearly £250,000 to good causes. She has also been a Celebrity Egghead (BBC2); a guest at Hotel GB (Channel 4) and a business expert on The Apprentice – You’re Fired show (BBC2).

Gill is currently a financial expert for a monthly phone-in show on BBC Radio and has also contributed to ITN and Channel 4’s election coverage. She makes regular appearances as a financial commentator for the BBC. ITV and CNBC channels as well as appearing in many other tv shows.

In 2009 Gill co-founded, and now owns, Fielding Financial which she set up in order to help anyone and everyone achieve what she describes as ‘financial freedom’.

She has also written a number of books that are practical hands-on guides to wealth creation, and a DVD entitled Riches, where she shares her Seven Secrets of Wealth and aims to help people transform their lives.

What other students have said

It’s tremendous. Joining has changed my life, it’s changed my attitudes, my focus, temperament, outlook, my connections, my social activities and my beliefs (about property).

We feel very happy with our mentorship and have 100% confidence that we will succeed. We have enjoyed ourselves and have met and got to know an amazing mentor.

Through a consistent approach of taking action Ruwani and I have managed to jump out of our Hamster Wheels and follow our passions.

The course has flipped everything I thought I knew about creating financial stability and wealth. Invaluable education. Thank You.