Last month we wrote a piece about a BBC article which detailed stories about how leaseholders felt trapped in their homes by their freeholders. Since then the news has only ramped up. So, I thought I would detail a bit of background information on leaseholds and what is currently happening with them, because they are changing!

Any property can technically be leasehold

However, the majority of leaseholds are in flats and other buildings with multiple properties with the freeholder being the owner of the building. Currently England and Wales are among only a few property markets that still allow leaseholds. They have already been abolished in Scotland. The idea of leaseholds originates from the Feudal System of William the Conqueror. William claimed all land for the crown and leased it to lords. Who in turn would lease it to their subjects. 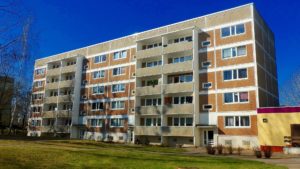 As you can see leasehold isn’t really designed for the current property market. In which the main problem of the system is that freeholders are able to do what they want unchecked. The main way this is exploited is through the services charges which can fluctuate for no obvious reason. As reported last month even when this is contested in court the legal fees have sometimes been added to the service charges with no repercussions for the freeholder.

Amazingly the government up until recently did not even know how many leaseholds there were in the UK! In 2014 they published a leasehold figure of 2.5 million when the actual figure was likely closer to 6.8 million! (leaseholdknowledge.com) This is around 20% of properties in the UK.

So, what is changing?

Firstly, the government inquiry, that we mentioned last time, that was investigating the system concluded that ‘the balance of power… is too heavily weighted against leaseholders’. This is great progress from only a few years ago when they didn’t even know how many leaseholds there were. The main progress currently ongoing is that the government has announced 10 consultations on leasehold issues drawing record responses for a parliamentary programme.

These 10 consultations propose some system fixes that I’ll quickly cover. To start they want to close the legal loophole that allow freeholders to add things like legal fees onto service charges. They also want to stop the building of new leaseholds and add a cap on ground rents for all leaseholds. They are also trying to give more control to the leaseholders, but the ultimate goal would be to replace the system entirely. The main alternative put forward is commonhold which is the system used in most of the other major property markets. This will allow individual properties in an estate or building to be owned freehold and then upkeep is maintained communally by the freeholders. This will stop massive companies owning thousands of freeholds and hiking up service charges.

So, to recap what I said last time we should try to avoid leaseholds if we can. If you can’t, then make sure you know what is in your contract inside and out. This can help avoid changing service charges or forfeiture due to contract breach which freeholders are still technically allowed to do with no repercussions. If you want help understanding the property market come along to one of our FREE seminar.