Last week we got a major shake-up in Boris Johnson’s cabinet. There were a lot of changes but there was one particular one we wanted to focus on. While Sajid Javid was favourable to landlords, his replacement, Rishi Sunak, 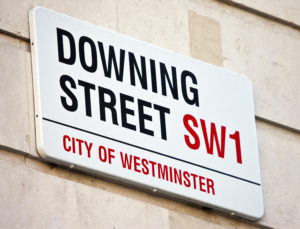 Downing Street in Westminster, London. The home of the British Prime Minister.

has made a positive start in his new position as chancellor. An issue the Tories are having to face in the housing market currently is lack of rental supply. Recent news showed that 222,500 private landlords have left the rental market in recent years while demand has only continued to creep up. Sunak will get a chance to help aid this situation with his first budget coming up soon. The idea has been floated around for a while now of cutting stamp duty charges which would certainly bring people back from into the market, continuing the good start we have had for the year. While Javid was supportive of the rental market, the old chancellor did float around many policy changes which possibly contributed to last year’s uncertainty. Our new chancellor has a history of supporting tax cuts but even if he doesn’t manage to cut stamp duty, his presence could continue the period of certainty that is creating a resurgent market at the start of the year.

With a stamp duty cut or simply some certainty, the property market may have a secret weapon in the new chancellor