What Boris Johnson as Prime Minister Means for Property

Now I don’t know if you’re a fan of floppy haired Boris Johnson or his policies, but you have to say that he’s certainly applied himself to his new post with a bit of gusto, and it’s good to see someone prepared to take action, irrespective of whether we agree with his policies – or hair style – or not. 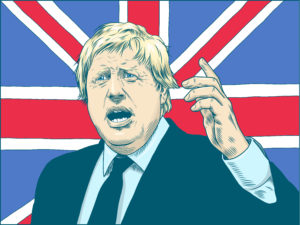 One thing that will impact us as investors massively is the background noise about stamp duty, and I suspect Boris will turn to that as soon as he’s finished all the other ‘headline’ actions, and I believe there will be a statement in the autumn budget. He has said in the past that he’d like to abolish stamp duty altogether. Now I think that’s hugely unlikely to happen as stamp duty contributes approximately £1+ billion per month to the government coffers, and I reckon some of that will be needed to pay for the social and health reforms he has in mind. But I believe he will make some changes because he has been very vocal about the UK’s attachment to property ownership and he knows that the amount of stamp duty collected by the revenue is falling because of the inactivity in the housing market. HMRCs June figures showed a drop of 16.5% of property transactions over the year before – and that’s 16.5% less payments of stamp duty. There have been rumours that there will be a change of responsibility of payment of stamp duty from the buyer to the seller – well that won’t work because all sellers will do is add the cost of the stamp duty to their asking price – so that will get us nowhere in terms of activity.

Frankly, I’m not entirely sure what Boris will do because he’s more unpredictable than previous PMs but for sure he will do something and as he’s looking for big headline actions and outcomes, I believe it will be a significant move, and if I had to bet now on what that will be I would say either a much higher exemption limit, and subsequent levels, or maybe it will be something involving first time buyers. The reason the first time buyer option is less likely is that it impacts the ‘southern’ purchaser more than those in the north and Boris is very conscious of the northern economy and stimulating the UK equitably.

It’s very interesting times with Boris, so watch this space!