I’ve been reading about the extradition of illegal immigrants to Rwanda. There’s a political upheaval going on and it looks like the number of people who will be on the first flight to Rwanda could be low or even zero because everyone else has an ‘exemption’ allowed by the UK government. Now I don’t know whether that’s a good or a bad thing but it made me think of all the people that start with a grand idea and then allow themselves a number of ‘exemptions’ or cop outs until eventually nothing gets done. People always say to me that they want to be financially free but they aren’t prepared to put in the time or pay the price in any terms of achieving that and they allow themselves to believe in self imposed excuses for lack of performance. COP OUT! If you really want to do something then do it and if you don’t really mean it then don’t say it as you’re setting yourself up for constant failure and that damages self esteem and self belief. Talk is cheap but action takes effort and commitment so think carefully about what you want to achieve and then move heaven and earth to get there – and no cop outs!

I’m often amazed by what people do with their money and how they contrive to lose it. Apparently we lose £3.79 billion in lost coins, change and other money each year but I’ve just read about a new and very bizarre episode where a woman lost her purse and assumed it had been stolen until her new 12 week old puppy became ill and after x-rays and surgery it was found he had eaten £2.68 in loose change but not apparently the purse – so he clearly had a preference for cash! He managed to eat 20 separate coins including 2 £1 coins which are quite chunky – bless him. I’ve heard of money turning up in the laundry, old handbags, the sofa or under the bed – but never in the dog so if you’re ever short of a few bob then check the pets for cash. Although it’s a funny story, and fortunately the dog was Ok, it just proves how elusive money can be and imagine what we could do with the £3.79 billion we lose each year and I’m sure Rishi Sunak would quite like that sort of money at the moment to fund any of the initiatives he has for helping with household spending. And for us personally we could all do with some extra cash at the moment so make sure you keep hold of all of yours and don’t lose it in unexpected places.

I have to admit I can’t assemble flatpack furniture – I just don’t have that kind of brain and I struggle to understand the instruction sheet. So when I think about how they dismantled London Bridge in 1968 my mind boggles. They dismantled it brick by brick (10,000 of them) and then reassembled it in Arizona where it still stands. But in that case they knew what they were doing and I imagine filmed the dismantling so they knew where each brick was meant to go. But now a 17th Century country house, Alwoodley Hall is being sold in boxes.  The boxes fill 8 articulated lorries and there are no instructions on where all the bits fit.  The current owner bought it with the intention of taking it from Yorkshire to Ireland but he never got around to rebuilding it despite his wife cleaning every brick in readiness for the new home. He thinks he has a buyer but it’s the transportation issues that are holding up the sale – which is at a price of £170k. Very cheap for a country mansion but it has no floors or roof apparently and there are no guarantees that all the other pieces are there.  So it’s a flat pack house, with some bits definitely missing and some bits possibly missing – and there’s no instruction sheet or video. Good luck with that then.

Bag a Bag to beat inflation!

People sometimes behave bizarrely and I’ll never really understand what they do but in times of recession people buy more traditional basic stuff and in times of a booming economy they buy stuff with bells and whistles on. In a way I kind of get that one as less money leads to less fancy. But what I can’t get is the current trend for designer handbags and specifically a Chanel bag (originally designed by Karl Lagerfeld) normally increase in value by about 7% per annum in normal times but that jumps to 17% during periods of high inflation. And that is the highest performing ‘asset’ in a long list of tradables  –  watches, art or wine. Some assets like vintage cars, American art and Old Masters tend to do badly during inflation and wine is particular poor at the moment. So the handbag does it then and one sold recently for $32.5k and I can’t understand or explain why.  A handbag to me is purely somewhere to put the phone and car keys but I guess for some it’s an asset and a treasure – and one that will increase in value and beat inflation – so maybe I’m the idiot here! 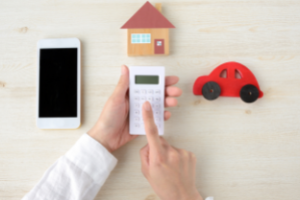