Know you should be investing your money in a rental property, but not sure where to start?

Purchasing a buy-to-let is a sound investment which will generate you both an income, as well as capital uplift over time, but it can be daunting to take your first steps if you don’t know exactly where you should be investing your money, or your roles and responsibilities as a landlord.

Not to worry, you’re in safe hands. At Fielding Financial, we’ve helped over 12,000 take their first steps into property investment, through our award-winning training, delivered by the UK’s leading authorities in property investment.

Our NEW 6-week live online training will walk you through everything you need to know to purchase, tenant and manage your first buy-to-let investment property. From finding a suitable property that will generate you a good return, through to finding a tenant and ensuring you comply with the important rules and regulations.

Tune in every week to a 1-2 hour Zoom call and Q&A session, hosted by industry expert Gill Fielding. Receive a welcome pack and workbook in the post to aid your studies and chat with fellow students and our industry experts in our private  Facebook group.

The next course will be starting on Wednesday 19th January 2022 and will be taking place every Wednesday for 6 weeks at 7pm GMT. Limited spaces are available, so book your place now!

To kick-start the training, in week 1 you will explore the benefits of buy-to-lets and how they can support you and your family by generating an additional source of income. You will also learn about the basic economics of demand and supply and understand how to calculate the demand in your local area.

During week 2, we will talk through how to decide where to invest and the key factors to look for then choosing an area to purchase your first buy-to-let property.

Week 3 is all about the numbers, so that you know – to the penny – which is the best investment for you. During this session, you will learn how to work out your cashflow and return on investment, so you are able to confidently offer on an investment property.

Week 4 is all about the money! You will learn how to fund your purchase, where to find funding and what fund providers are looking for, as well as how your return-on-investment changes depending on your finance product.

Now you know how to work out the numbers and fund your investment, it’s time to view some properties! In week 5 you will learn about the common pitfalls to be aware of when attending a property viewing, as well as how to find a tenant and all of the rules and regulations you need to know to keep them safe.

Congratulations! You now know everything you need to know to buy your first investment property! To conclude the 6-week course, we will be sharing our top tips, including:

The 6-week live online training course will be hosted by one of the UK’s leading authorities on personal finance and property investment, Gill Fielding. 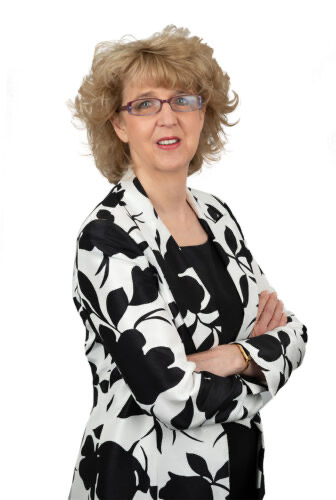 Gill is a self-made millionaire with a no-nonsense, positive approach to finance and a personal mission to educate the nation in managing and improving their own financial position. She strongly believes that financial education should be taught in schools to safeguard people’s financial future.

Gill is a qualified Chartered Accountant, runs several businesses and has held several high-profile roles in the city.

Gill is well-known for her appearance on Channel 4’s Secret Millionaire where she gave away nearly £250,000 to good causes. She has also been a Celebrity Egghead (BBC2); a guest at Hotel GB (Channel 4) and a business expert on The Apprentice – You’re Fired show (BBC2).

Gill is currently a financial expert for a monthly phone-in show on BBC Radio and has also contributed to ITN and Channel 4’s election coverage. She makes regular appearances as a financial commentator for the BBC. ITV and CNBC channels as well as appearing in many other tv shows.

In 2009 Gill co-founded, and now owns, Fielding Financial which she set up in order to help anyone and everyone achieve what she describes as ‘financial freedom’.

She has also written a number of books that are practical hands-on guides to wealth creation, and a DVD entitled Riches, where she shares her Seven Secrets of Wealth and aims to help people transform their lives.

Ready to get started?

The next course will be starting on Wednesday 3rd November and will be taking place every Wednesday at 7pm GMT. Limited spaces are available, so book your place now!

I Joined Fielding Financial in 2017 it has been an amazing journey, I buddied up with my business partner working on Serviced Accommodation (Airbnb holiday lets) where we managed to get all our strategies in place from property flips, buy to lets to holiday lets.

My “why” is the main thing that keeps me motivated and on track to securing my financial freedom. The Fielding Financial family along with my mentor most definitely keep me on track and accountable to my goal.

“In 2016 I joined the Fielding Financial family; I was ready to become a professional property investor and achieve my vision of retiring early. Back then I had no idea how invaluable the training and the financial freedom gained would benefit me and my family.”

“I started investing professionally at the age of 23. Two years down the line I am now telling my story and it sends tingles down my spine. To think how far I have come in such a short space, how I have developed as a person both personally and professionally and the friends I have made along the way is just crazy!”

“Since taking the course I have found my wonderful business partner Pam, my super fantastic property pals Nick and Phil… a mastermind group of amazing investor friends and so much more! All of us are financially free and all of us did our training with Fielding!”

It doesn’t matter if you’re completely new to the game or you already have 1 or 2 properties under your belt – our training is certain to take you to the next level. 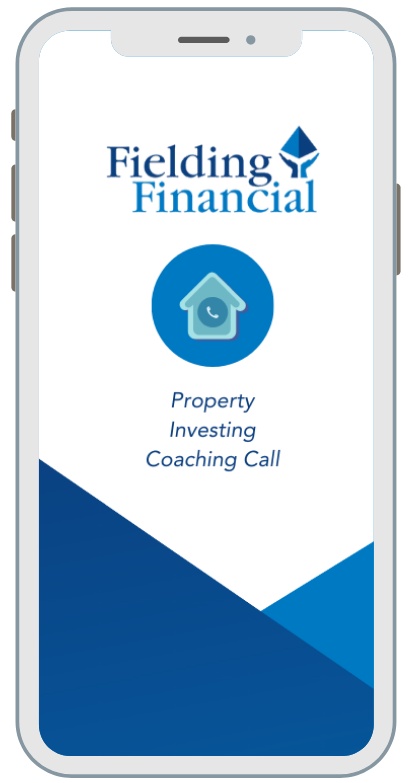